What Do the Government's New Plans Mean for You 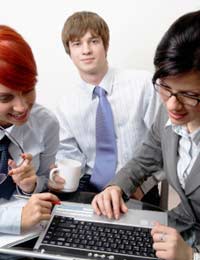 Interest in apprenticeships has surged in recent years. Following a period in which the apprentice had become a less frequently seen member of the workforce, a spiralling crisis in youth unemployment has led to renewed interest in the schemes.

The previous government established the National Apprenticeship Service, which has assumed responsibility for the coordination of apprenticeship schemes in England. Now, faced with ever higher unemployment figures, the coalition has said that it will act to boost the number of young people in apprenticeships – and that the schemes will be focused in different ways.

To that end ministers have made a series of announcements that directly affect both apprentices and employers. So what do the new plans mean for you?

What has the Government Announced?

Since their election the government has announced a range of new measures on apprenticeships. Some of these have been welcomed, while others have been met with scepticism.

In November 2011 business secretary Vince Cable announced new funding to encourage small firms to take on apprentices. Under the new plans firms with fewer than 50 employees will be given a one-off payment of up to £1,500 if they take on a first apprentice aged between 16 and 24. This announcement came in the wake of record youth unemployment figures – figures which the government hopes to bring down through the development of apprenticeships.

The government will focus its apprenticeship efforts on areas that it considers to be of the “greatest value”. These include higher apprenticeship qualifications, new employees, and young adults.

Mr Cable also announced that the hiring process would be “streamlined”, with relaxed health and safety requirements for firms that already comply with national standards.

While new cash for apprenticeships and easier hiring have both been welcomed, the announcement of new obligations for apprenticeship providers has been met with a muted response from businesses. Under the new plans providers will have to offer training in English and Maths to GCSE level, in an effort to provide vital help to those who may have missed out during their school careers.

What about the Minimum Wage?

The annual Low Pay Commission report into the National Minimum Wage found that the apprentice rate should be increased. The minimum hourly rate for apprentices under the age of 19 or in their first year of an apprenticeship is now £3.70 (2018)

What is the Work Programme?

The Work Programme is a controversial new scheme which the government claims is designed to help people back into work. Part of the Programme involves mandatory work in specific companies for those in receipt of Jobseekers Allowance.

The government has pitched the Work Programme as a way of developing “lasting careers” for those who are forced to take part. Spokespeople have suggested that individuals will receive training in the businesses, leading to comparisons with apprenticeships.

In reality, the placements have tended to be unskilled jobs like shelf stacking. The government has said that it intends for around 40 businesses to take part in the Work Programme.

What do I Need to do?

Perhaps the most important first step is to ensure that you are complying with changes to the National Minimum Wage (NMW). Failure to comply with the NMW is illegal, and will result in prosecution. You should also make sure that you have factored these changes into your financial planning.

In addition, you should think ahead about the new requirements for English and Maths training. The impact of these new obligations will vary depending on how much of the classroom-based element of the training you fulfil ‘in-house’. In cases where the classroom element is fulfilled by external learning providers, the impact on businesses will be minimal. On the other hand, if you conduct this element of the training yourself, you must ensure that you have the necessary expertise to meet your new obligations.

More broadly, firms that have not previously taken on apprentices may well be tempted by the new payments on offer. If you run a small businesses and you are considering taking on your first apprentice following the new announcements, you should make sure that you understand the realities of the situation. While apprentices can be hugely beneficial for businesses of every size, it is important to realise that becoming an employer places significant new responsibilities on any firm. It is vital that you understand those responsibilities, and that you are able to fulfil them. More information is available elsewhere on this site, but if you are in any doubt about your obligations you should seek independent legal advice.

Support for Apprenticeships in a Large Firm

GTAS and ATAS: Here to Help Your Business

How Can the Government Help Me Get an Apprenticeship?
Share Your Story, Join the Discussion or Seek Advice..
I am 19 years old and have secured a apprenticeship with a Farrier in Innerleithan near Peebles which is a two hour drive from home. Consequently I have to find board and lodgings in this area as well as find money to pay for fees at Myersgough college, tools etc and can find no one to help me. How does a apprentice survive with all this outlay on a apprentice wage. Can you help me as I am at my wits end worrying about my situation. Yours sincerely, Jack Brown
Jack - 26-May-14 @ 11:14 AM
Title:
(never shown)
Firstname:
(never shown)
Surname:
(never shown)
Email:
(never shown)
Nickname:
(shown)
Comment:
Validate: