Home > Ask Our Experts > Can My Working Hours Be Changed?

Can My Working Hours Be Changed? 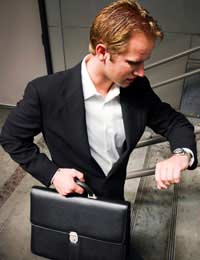 I am 19 and I'm in my 3rd year as an apprentice for a car body shop. I go to college 1 week every month and for the past 2 years I have done 40 hours a week. At college the 40 hours have been done between Mon to Thurs with Fri off.

A new boss started recently and has said for my final year I have to attend work on the Friday, when I have finished at college. Is he allowed to make me do this now? Even though I have done my hours in 4 days. I am at college till 8:30 in the evening for 4 days and don't then want to go in on Fridays.

After two years of working to a certain routine, no wonder it seems unfair for your new boss to suddenly be changing your hours and making you give up that precious Friday. Studying for your qualification is an important part of your apprenticeship and something that your employer has agreed to allow you time off for. However, one whole week off work a month is fairly generous and obviously while you are studying, your employer is not gaining the benefit of your skills.

Whether your new boss can make you work these extra hours all depends on what your contractual hours are. When you started your apprenticeship you should have been given a contract or a written statement outlining your pay, working hours and conditions. If you signed a contract with your employer saying that you would be required to work 40 hours a week then that still stands and they cannot make you work over it, unless they officially change the contract.

However, if no specific working hours were stated and you don’t have a written statement or contract to back it up, then your boss has the right to make you work up to a 48-hour week. This is the legal limit set by the government and your new boss is not doing anything wrong by insisting that you work those extra hours.

You have the right to have 11 hours off in between each working day though so if you don’t finish at college until 8.30pm on the Thursday then they can’t make you work before 7.30am the following day.

As your boss is new, he may just be trying to assert his authority and show that you have to work to his rules. The best way to deal with him is to sit down and talk about your concerns. Explain that you are used to working 40 hours a week and cover this time in the four days at college – he may not be aware of how long you spend there. Hopefully you may be able to come to some kind of agreement but if not, and your contract doesn’t state anything different, then he is allowed to make you work those extra hours.

Keeping Within Budgets, Should I have to Resign?
Share Your Story, Join the Discussion or Seek Advice..
[Add a Comment]
My employer has decided to rwsuce the number of off the job training i can do. It was initially 20% which meant 7.5 hours a week. They have now decided that they will only allow 5 hours a week maximum. Can they do this ?
Michael R - 26-Feb-20 @ 10:06 PM
My son is an apprentice he normally works a total of 52 hours per week , but I have noticed that on the weeks he attends college for one day his basic hours are 48 ,plus 4 hours overtime , but if the college is on holiday and he attends his job his basic hours are 40, plus 12 hours overtime , is this correct , they are using his overtime hours as his wages for attending college
Jeni - 15-Jun-17 @ 9:44 PM
Hi, my son has started working for someone and has been offered an aaprentiship and is now going to college one day a week this is in building and has been told that he will be moving from site to site and some weeks it may cost him his weeks wages to get there is this right or does the employer have to pay for his travel as this to me seems to be unfair and would just like to know what his rights are as a concerned parent i just want to get my facts right before i ask i say anything thanks
mintcake - 29-Aug-14 @ 6:40 PM
My partner is currently working a 40 hour week and been informed his company are intending to increase to 48 hour week. Is this legal. He is a meter reader which involves driving, please help
nellie - 24-Aug-13 @ 10:48 AM
Hi i was wondering if you could help me. my dughter is doing her final yr at nvq3. She has a deed of apprentenceship which runs out nxt yr. Shes 19 her boss is trying to reduce her hrs and now stated that im not allowed to cut my clients hair which iv been doing for the last two yrs. She has recently tried making her redundent but i thought with her that it was against the law. I go to a hairdressing acadamy once a wk n my contract states i work wed thur fri sat. Now she is making me work wed thurs sat and took my clients of me that i have built up since being there 3 yrs also she wants to change my contract can she do thid. Im now makng brews n cleaning i dnt see this as training as im a juniour stylist. thanks
linz - 26-Sep-12 @ 7:18 PM
Title:
(never shown)
Firstname:
(never shown)
Surname:
(never shown)
Email:
(never shown)
Nickname:
(shown)
Comment:
Validate: