Home > Employment Conditions > Your Rights as an Apprentice

Your Rights as an Apprentice 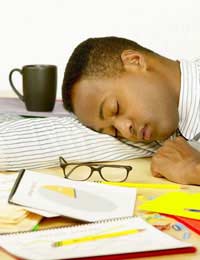 When you start an apprenticeship your employer essentially takes you on as an employee. This means that you have the same employee rights as any one else and that your employer cannot exploit you.

Although you will still be training during your apprenticeship scheme, you will receive a regular wage and still be entitled to holidays, fair working hours and rest breaks.

There are laws in place to protect how many hours you can be made to work at any time. The limit for an average working week is 48 hours, or 40 if you are under 18. You can work more than this in one week but over a 17 week period it must average out to less than this.

You are also entitled to at least one 20 minute break for every six hours that you work and at least 11 hours off between shifts. This the law and unless you opt out, you have the right to refuse to work any more than this.

Even though you are on an apprenticeship scheme you are treated as an employee and therefore will be paid a regular wage. This money will be paid weekly or monthly to you and you have to pay tax and national insurance on your earnings.

Employers are free to pay above the new wage and many do so, but employers must ensure that they are paying their apprentices at least the minimum wage.

If an apprentice is on a higher wage, the employer must continue to pay that for the remainder of the training or until the apprentice becomes eligible for the full national minimum wage.

Whatever you agree on, make sure that you have it in writing and they don’t try to take any illegal deductions.

As an apprentice or as an employee, you have the right to be treated fairly in all aspects of your work. This means that as well as being paid regularly, being given holiday and not being made to work too many hours, you should not face any discrimination or danger.

Your rights include adequate health and safety training and prevention. They also include being able to work happily without being discriminated against for your race, religion, age or gender. If you think this is happening then you must report it.

When you are taking part in an apprenticeship scheme you should be given the same employee rights as other members of staff. These include fair working hours and rest breaks, as well as being given your full holiday entitlement.

You should also not face any other unfair treatment such as discrimination or poor health and safety. If you think your employer is breaching any of your rights then you must speak up and report them. Now, investigate health and safety for apprentices here.