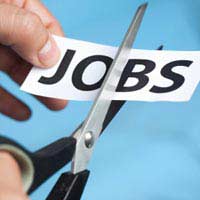 Apprentices enjoy a range of rights that are not extended to other employees. They have a very specific definition in law – but many employers do not understand that they cannot simply be treated like conventional employees.

This is particularly apparent when it comes to redundancy. Apprentices have additional protection from redundancy, and a failure on your part to understand this protection could result in a costly tribunal case.

Can I Make an Apprentice Redundant?

This is a very difficult area, and one on which there remains some disagreement. Given that apprentices are, for the most part, treated like conventional employees, many businesses presume that they can make an apprentice redundant in the same way they would anyone else.

In reality, though, there is a significant body of legal opinion that suggests that apprentices are explicitly protected from redundancy – and that making an apprentice redundant would put the employer in breach of contract.

Legal precedent has established that a firm is likely to be found to be in breach of contract if they dismiss an apprentice on the grounds that they can no longer afford to keep them on. This obviously has major implications. To begin with, it means that it may be impossible to legally make an apprentice redundant. It also means that businesses who do make apprentices redundant may be forced to make significant payments to the apprentice in question. In one case, the apprentice was awarded not just the wages they would have been paid if their contract had been fulfilled – but also an extra settlement to represent the fact that they are less ‘employable’ than they would have been if they had completed their training.

What is the Difference Between Traditional and Modern?

So When can I Dismiss an Apprentice?

So, legal precedent has suggested that ordinary redundancy is not permissible in an apprenticeship. This does not mean, however, that there are no grounds under which you can dismiss an apprentice.

You can legally dismiss an apprentice on the grounds of, for example, gross misconduct. Similarly, if they break the terms of the contract then it may be fair and reasonable to dismiss them.

It is vitally important to remember, though, that dismissing an apprentice on spurious grounds simply because you cannot afford to keep them on is likely to end up with you making a significant financial settlement to them. You must have your own disciplinary and dismissal procedures drawn up, and circulated to employees. These must be followed at all times, and must adhere to the Acas Codes of Practice. More information on this is available elsewhere on this site.

How Can I Protect Myself?

The most important way in which you can protect yourself is simply to understand the costs associated with hiring and employing an apprentice. All too often, businesses take on apprentices only to find that they cannot afford to keep them. Given the legal situation, this is a very bad idea indeed.

You should also remember that there is significant financial help available for businesses that wish to take on apprentices. It is often possible, depending on the age of the apprentice, to have the entire cost of their training met by the National Apprenticeship Service. You must understand, however, that you will still have to pay them – and you will have to find the money for this, and other expenditures like National Insurance Contributions, within your own budgets.

As with all aspects of employment law, if you are in any doubt it is vital that you seek independent advice before taking action.

What Does My Business Need to Do?