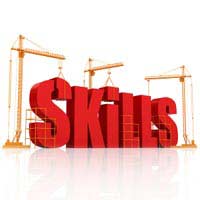 As the modern-day apprenticeship has taken shape, it has adapted and changed. In the past, apprenticeships were less formal; they were not mandated or regulated by the government, and there was no set syllabus.

Today, though, apprenticeships are crafted to fit an educational template. As well as the all-important on-the-job training, apprentices will also be expected to do some classroom-based study. But there remain significant differences between apprenticeships and conventional qualifications.

The first thing to note is that apprentices work towards formal, recognised qualifications. The nature of these qualifications varies depending on the apprenticeship being carried out, but you are likely to find yourself working towards something like a BTEC.

It is important to note, though, that there are ‘conventional’ study elements in every apprenticeship. Your learning provider (which might be a local college or other further education establishment) will provide a framework for you to complete this study. At least some written work is required in almost every apprenticeship.

As university attendance has increased, degrees and other related qualifications have been devalued. While a degree used to be a virtual guarantee of employment, nowadays no such security exists.

At the same time, though, an increasing number of employers seem to be placing a high value on apprentices. In many fields it seems that more stock is now placed in apprenticeships than in other qualifications, thanks to the specific on-the-job training that they offer.

This quality of training marks apprentices out as particularly enticing prospects for employment. So, even if you do not end up working for the firm at which you complete your apprenticeship, you may find that it stands you in better stead than a conventional qualification.

Apprenticeships are certainly not for everyone. Some individuals prefer a classroom-based learning experiences, and many wish to progress in industries that require conventional qualifications. But if you wish to enter a vocational profession and you want hands-on training, an apprenticeship may well be the most suitable choice.

Why Should My Son or Daughter Start an Apprenticeship?